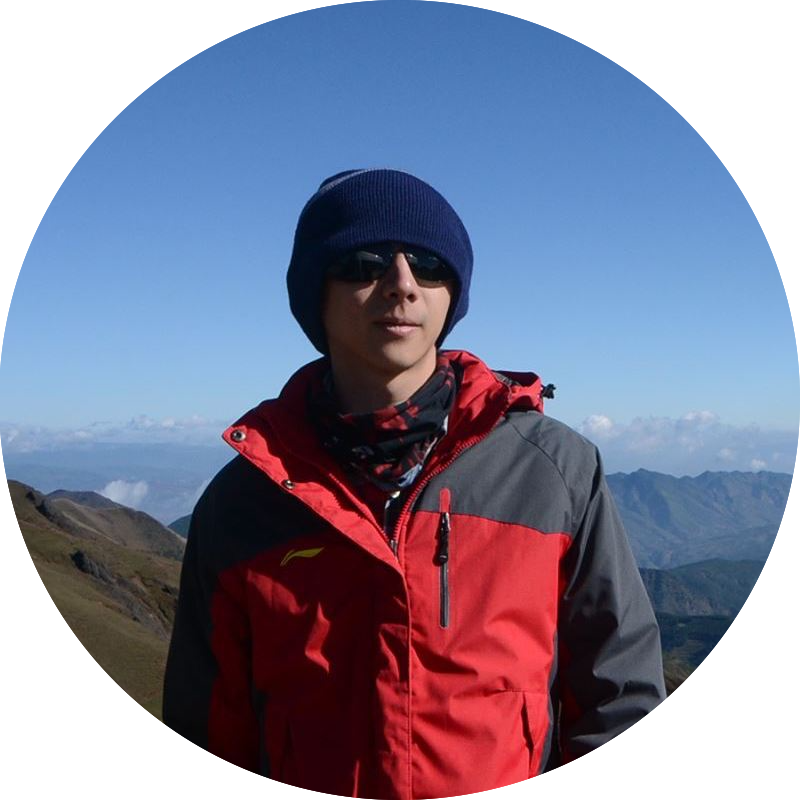 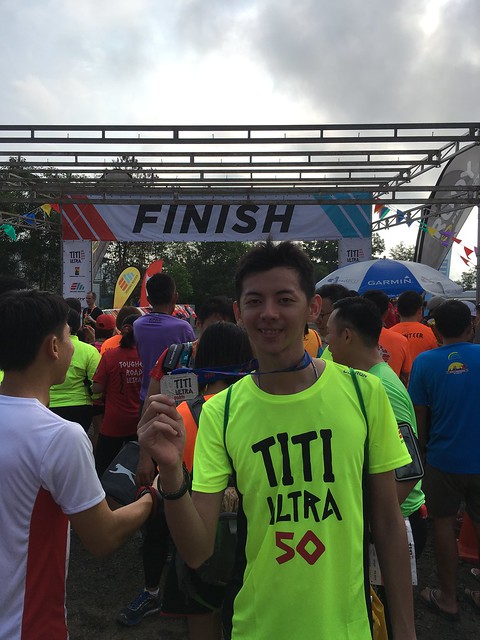 I’ve been rest a while from race after PBIM 2016. Thus, I have a bit tension before the race. Another thing is, I have not much training, usually just 10k on weekend. But I have confidence to complete within cut off time :) 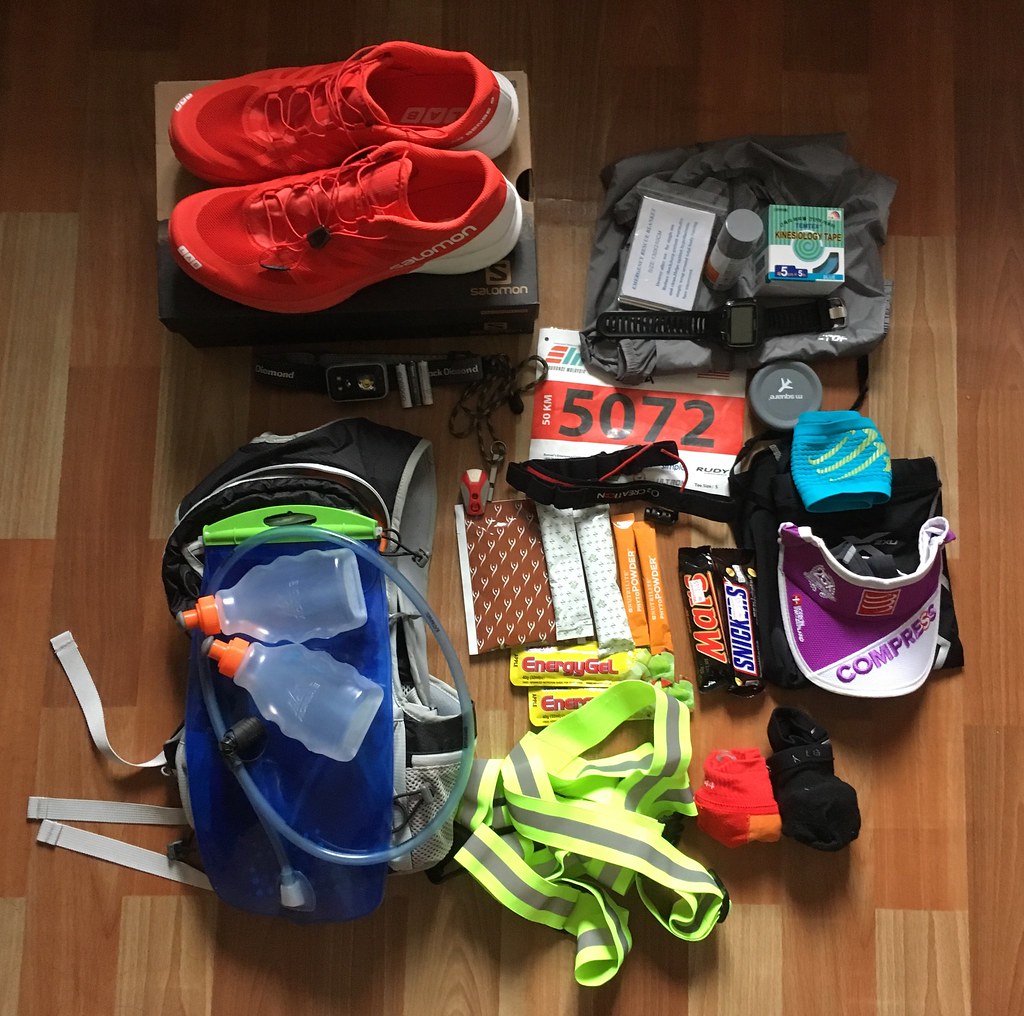 This is what I prepared for the race. 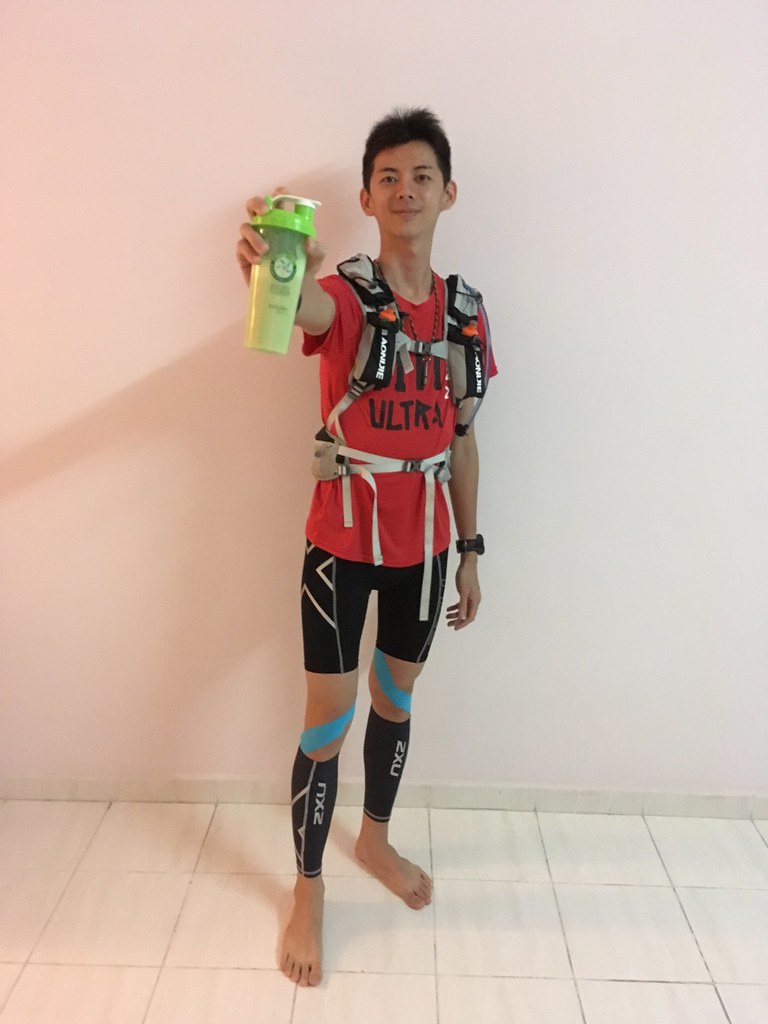 I dinner at 7pm, about 6 hours before the race. I ate maggi goreng chicken chop, quite a large portion. Until 10pm, I drink 2 scoops of All plant protein, Double X 1 set, Salmon Omega 3 one, get myself prepared. 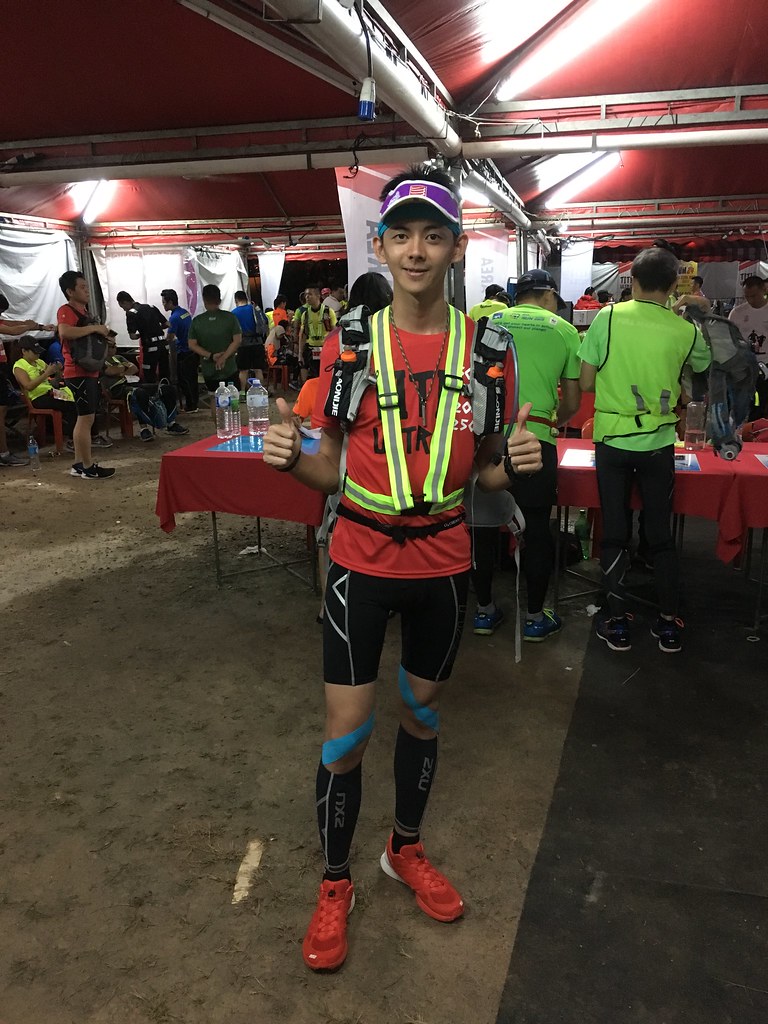 I arrived race site at 11pm, went there early as I not very sure about the location, also not sure how long the mandatory items check it takes. 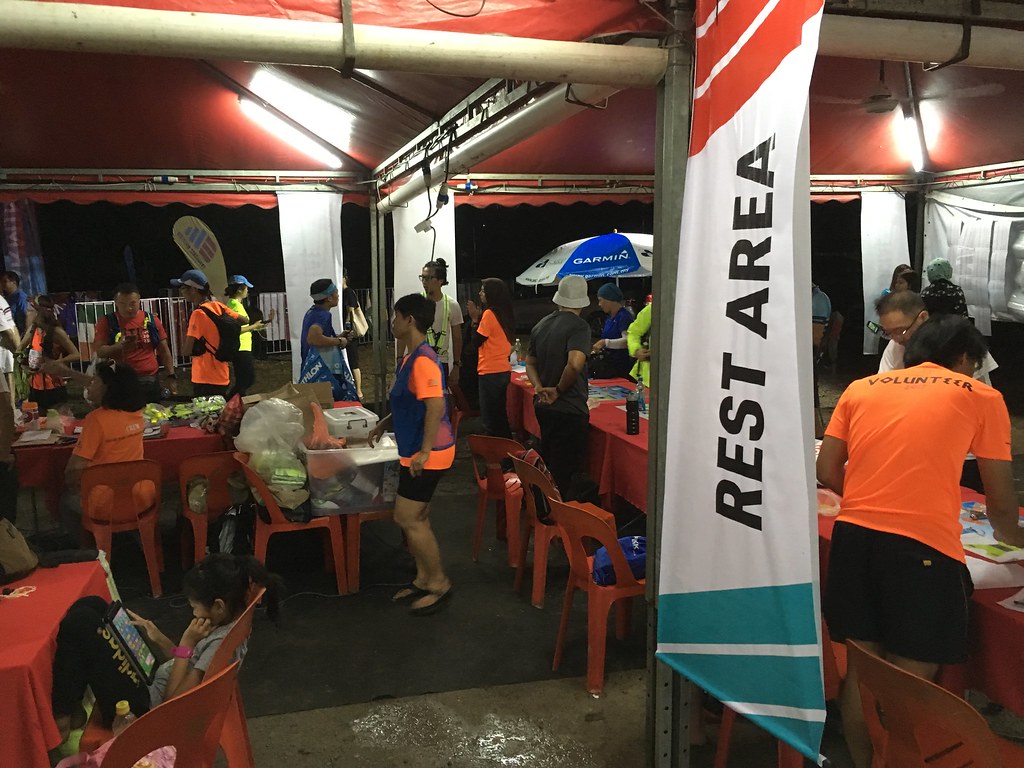 Lot’s of people over there already. Just the time I reached there, one of the 250KM runner just left the check point (the runner completed 200KM, left 50KM to go). A little while, the champion of 200KM runner arrived, he is really awesome, completed in 29hr++. 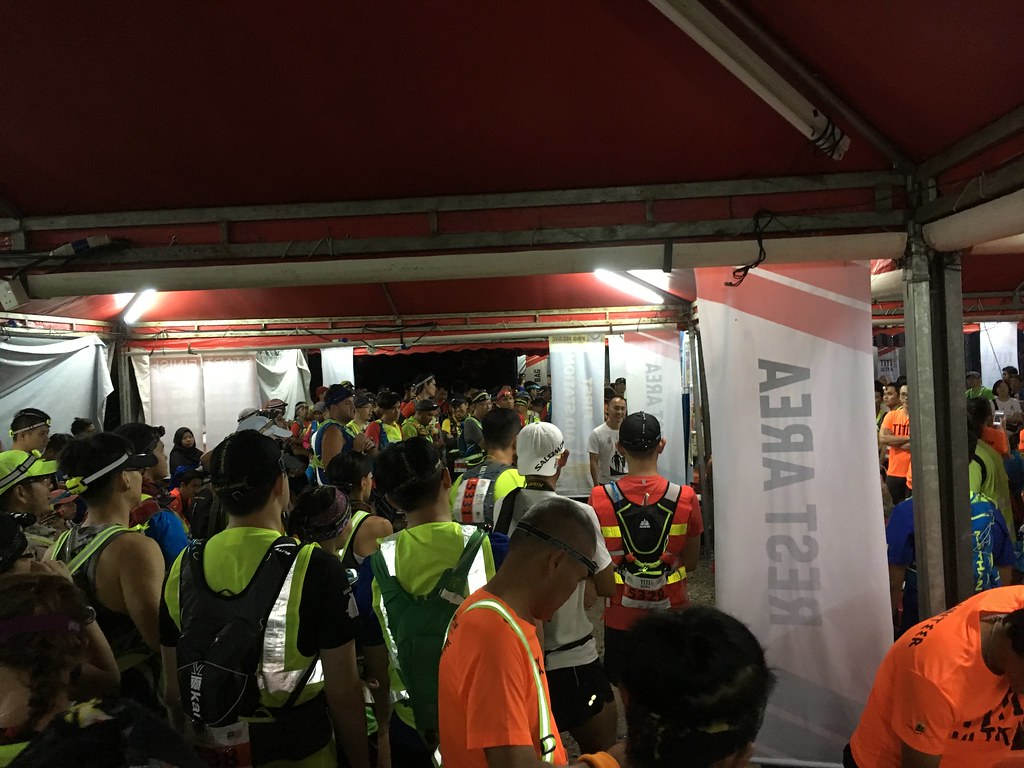 Before the race we have a briefing, I heard the director said that some participants don’t bring torch light/headlamp, which not fulfill the mandatory items requirement. This is not a usual marathon, thus it has specific requirements. 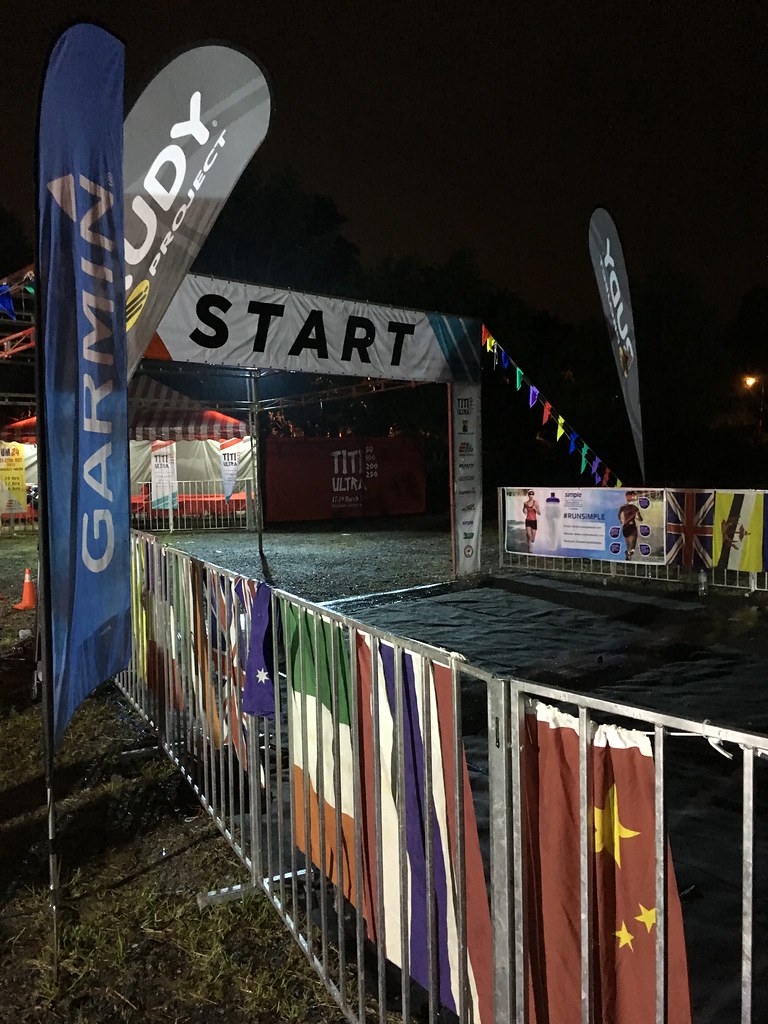 Starting of the race, it’s raining, then I put my headlamp under my cap (because I read the review that black diamond headlamp is not waterproof). 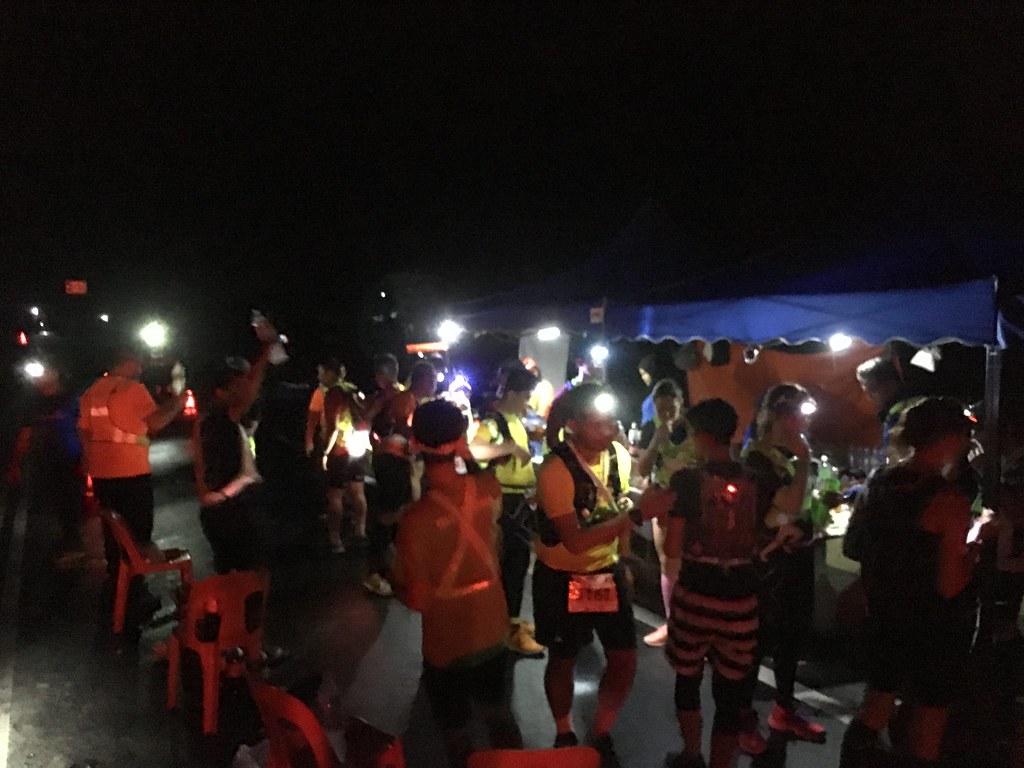 From start until CP1 (9KM), my average pace is around 6-7 min/km, I just take 2 pieces of watermelon & 2 small cups of soft-drink. 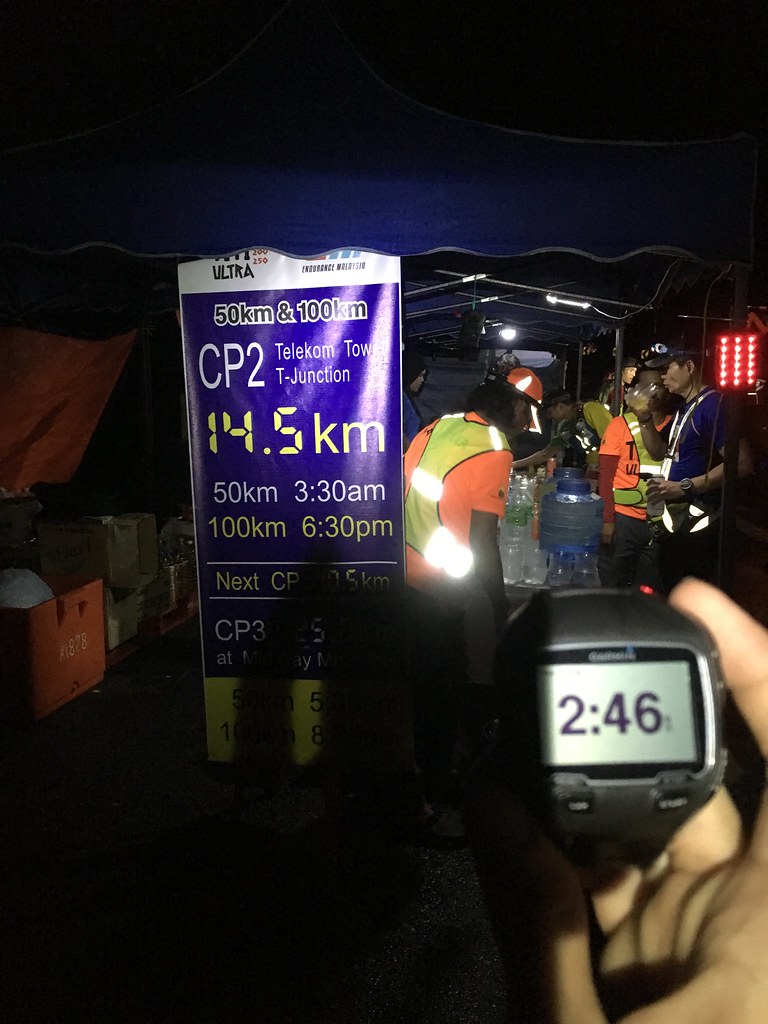 Actually I didn’t know there is a cut off time for every CP, because in King of Sungai Lembing, there is only 1 cut off in one of the CP. But still, I was 45 minutes ahead the cut off :)

The challenge comes up in KM 18… I felt a bit hard to breathe, and my heart not feeling comfortable as well. I open up the 2 clips of my hydration bag, and started to walk in average speed. I kept looking for the next CP, unfortunately I didn’t see any… still in complete dark in front of me (because CP area has some lights)

I rest in the CP3 for around 30 minutes. I ate 2 bananas, a few pieces of watermelons and refill some water. After rest, I felt better, then continue to run 4KMs, because I know that from CP3 to CP4 (now going backward) is 10.5KM, so I still have a lot of time. Then I continue to walk-run-walk-run…

In KM 32, I felt hungry already, then I drink 1 sachet of BodyKey meal replacement, it can last me for a while. Is great to have it. 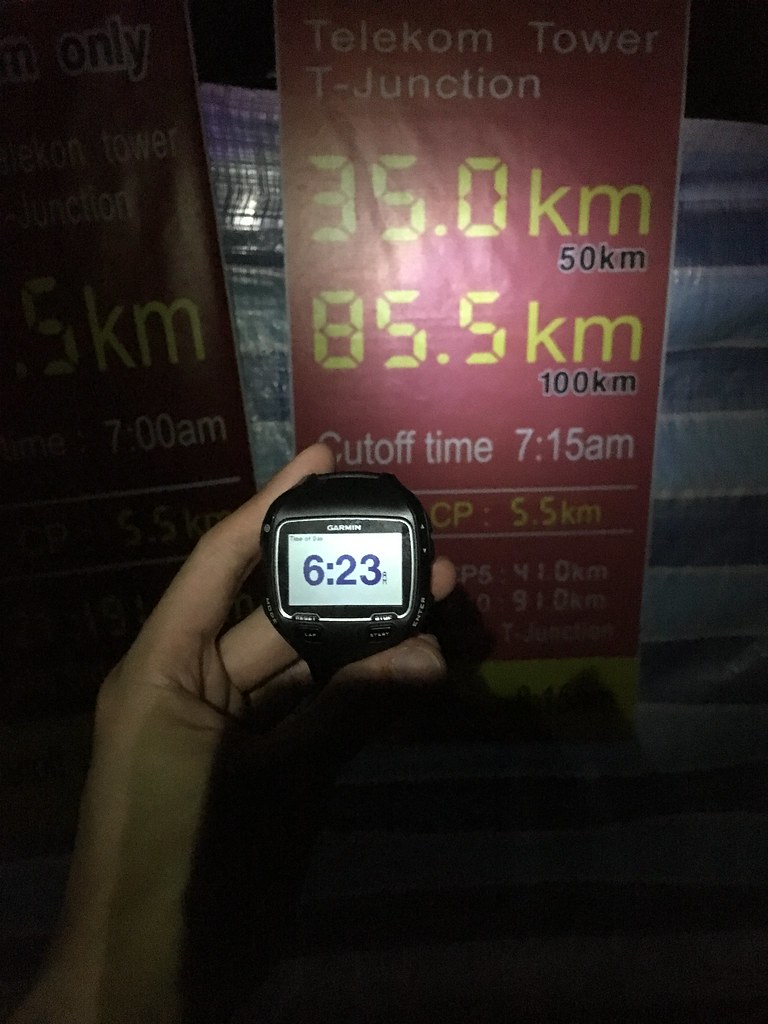 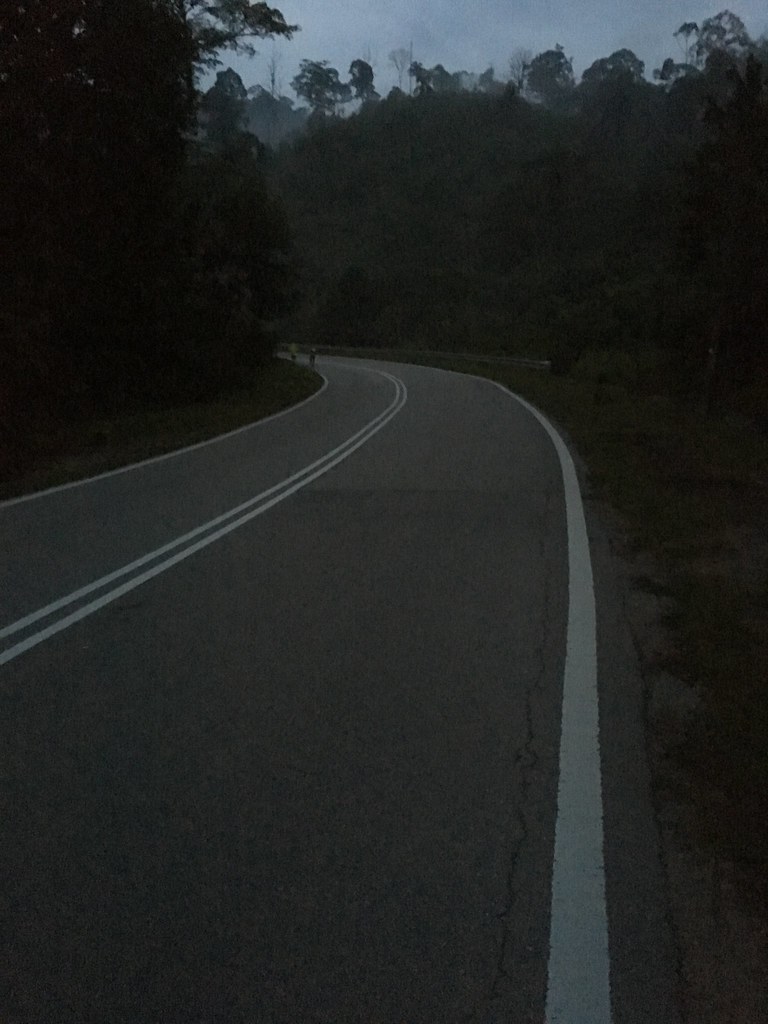 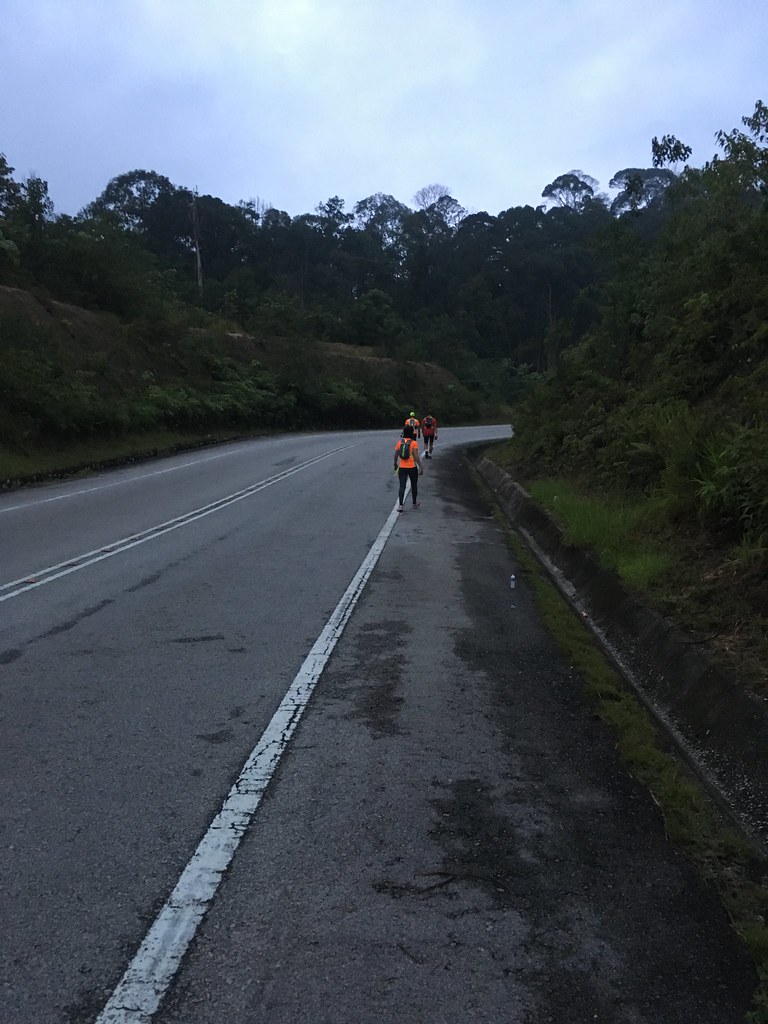 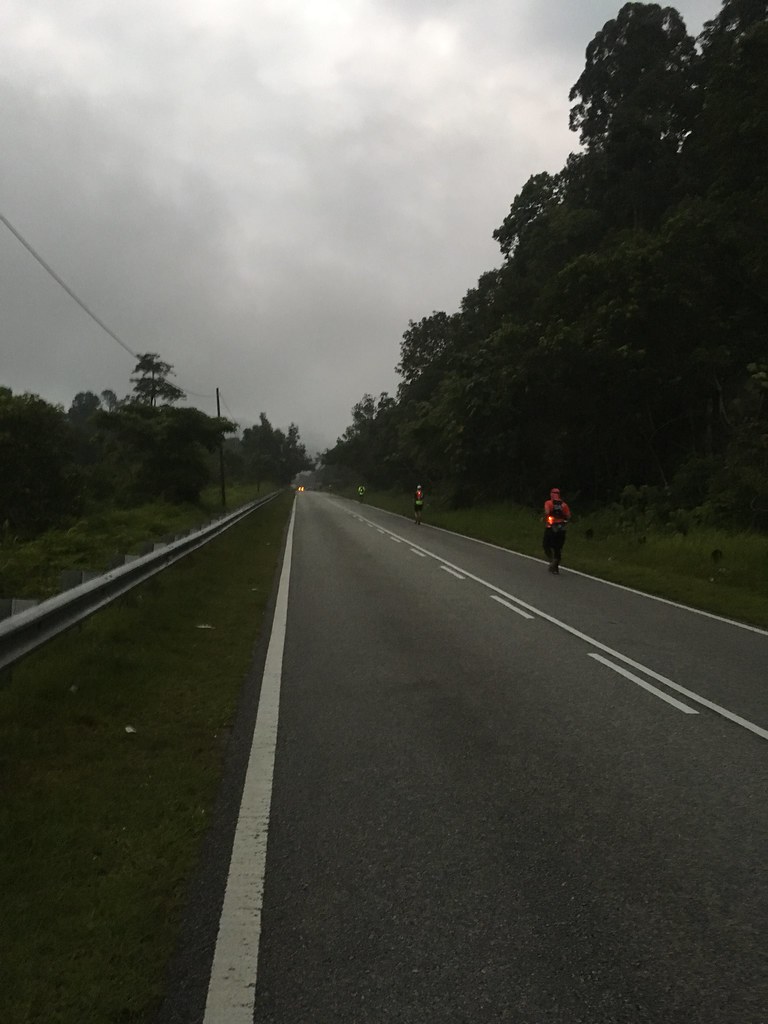 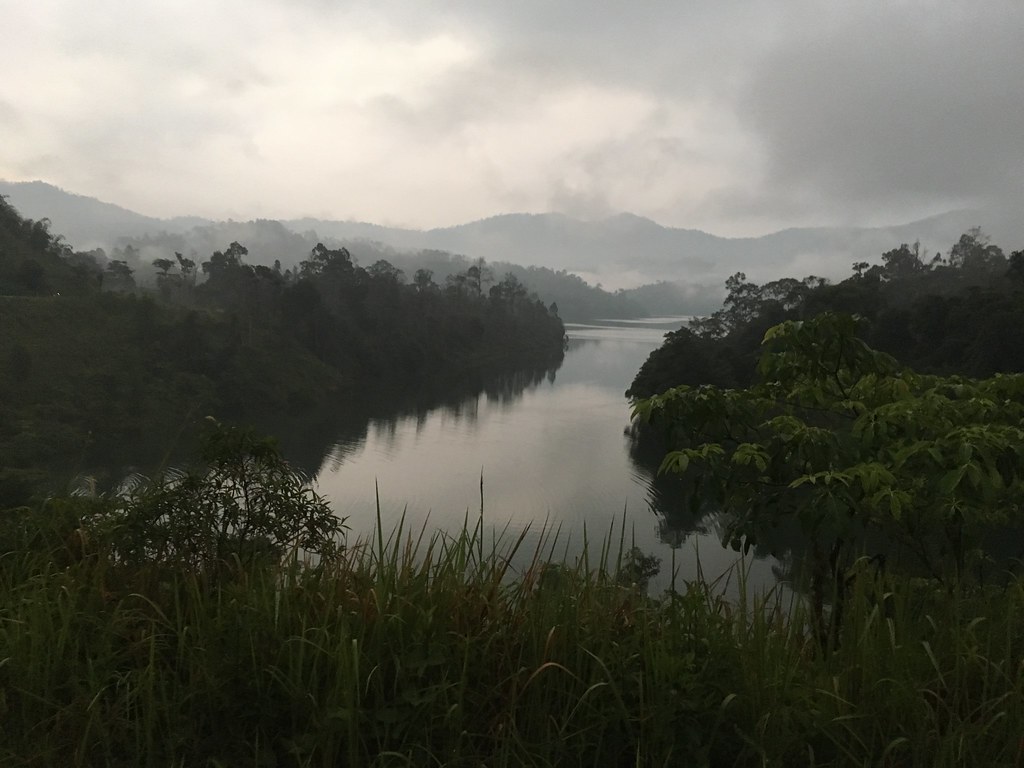 Can see the view along the way is quite nice. 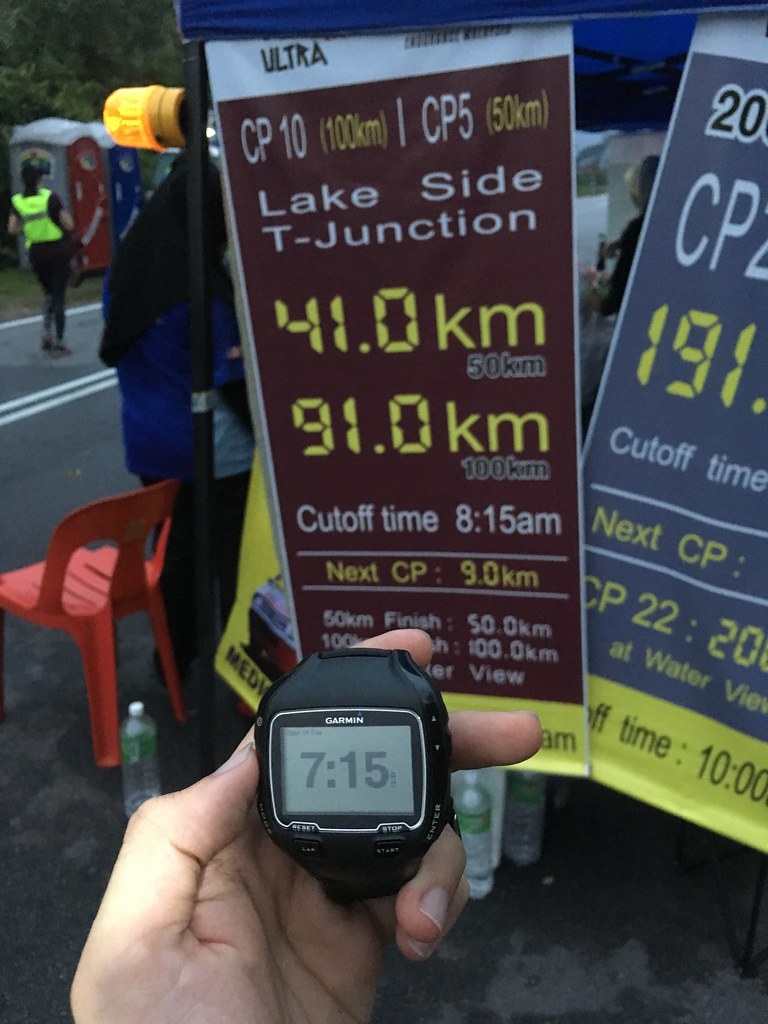 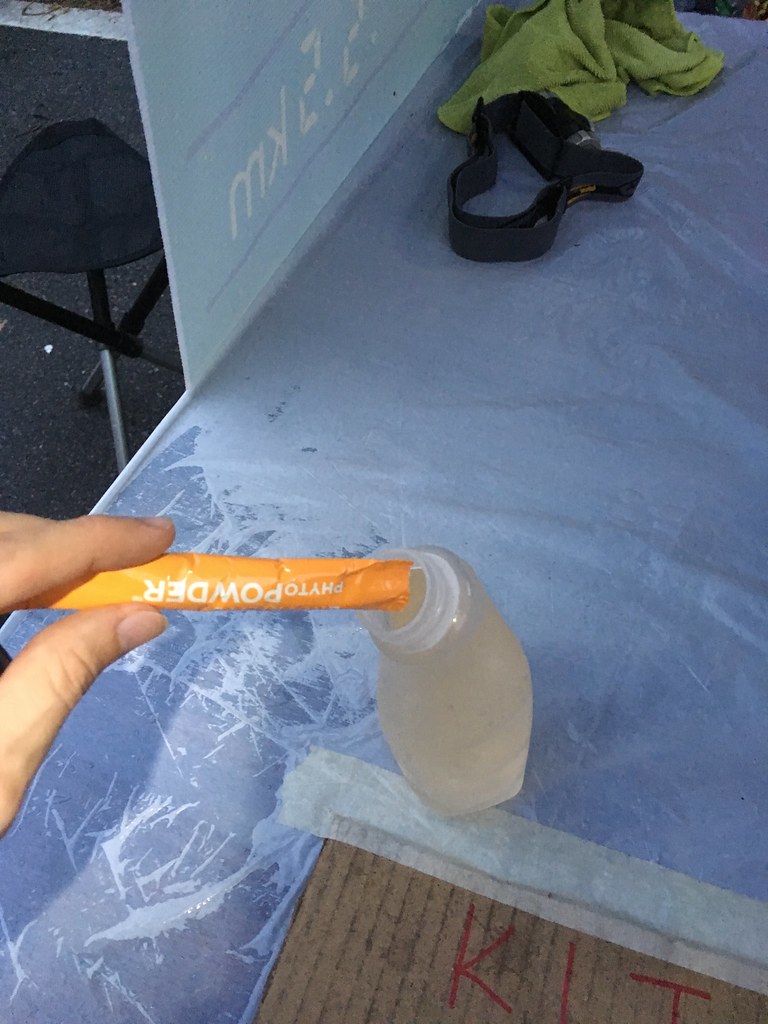 But when I reached here, not much fruits left, so I just fill up some water and make Phytopowder to drink. It contains electrolyte… 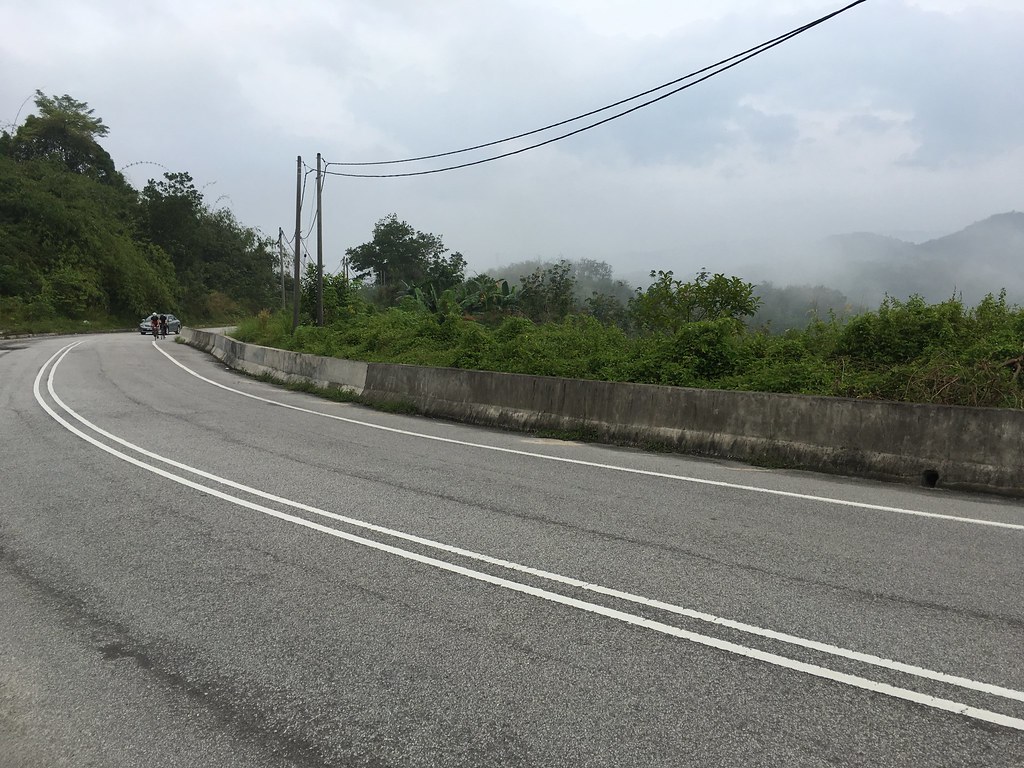 9KM left… Although is not long, but the final 5KM, my leg getter heavy, very hard to run already…4KM…3KM…2KM… Then I met a 100KM runner, he also cramp already, so I walk with him until the last 500 meters, then he started to run! OMG… I tried to run, but my calf & ankle kept sending me a signal, saying that if I continue to run, I will cramp… No choice, I walk until the last 100 meters, then run to the finishing line XD 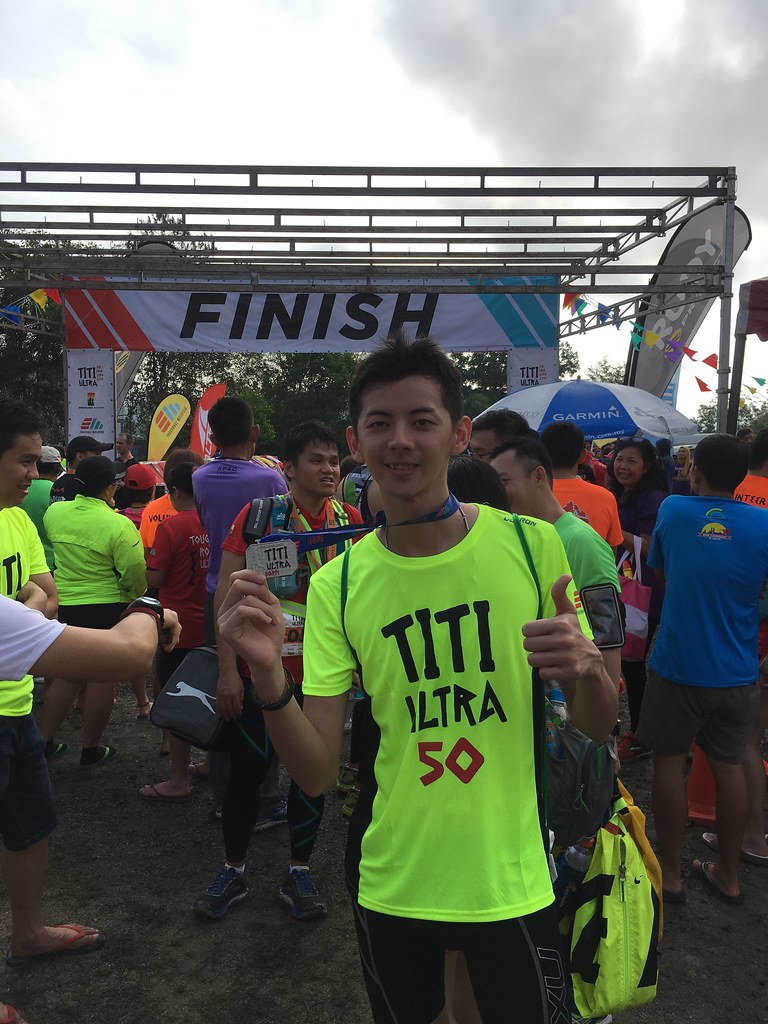 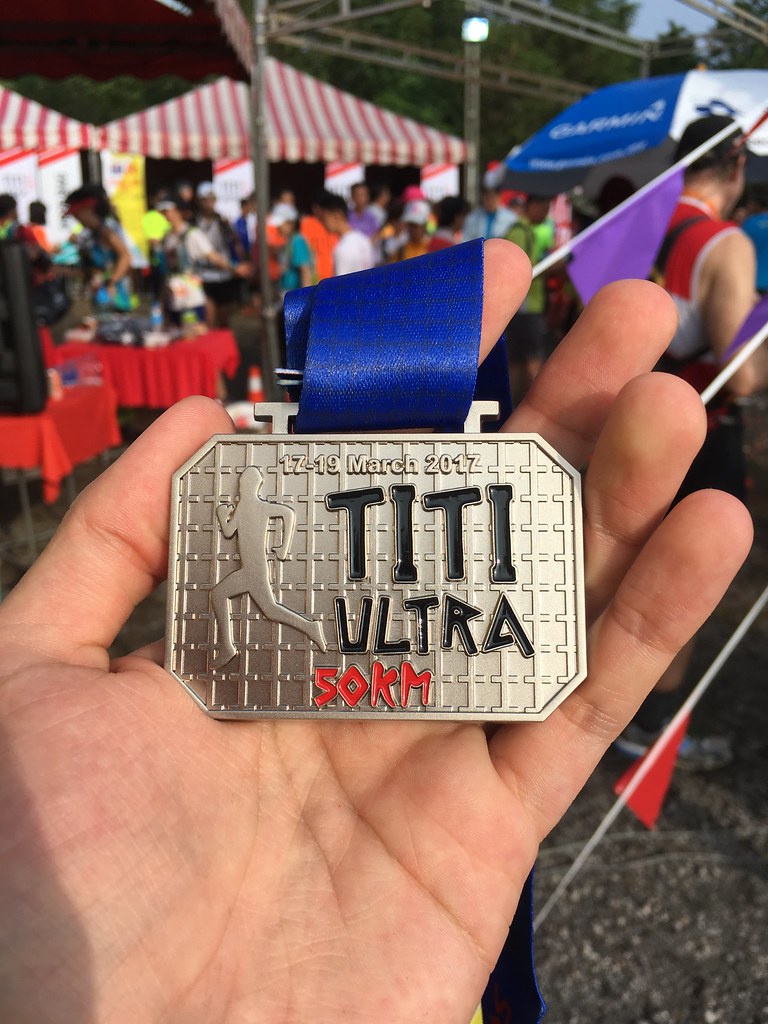 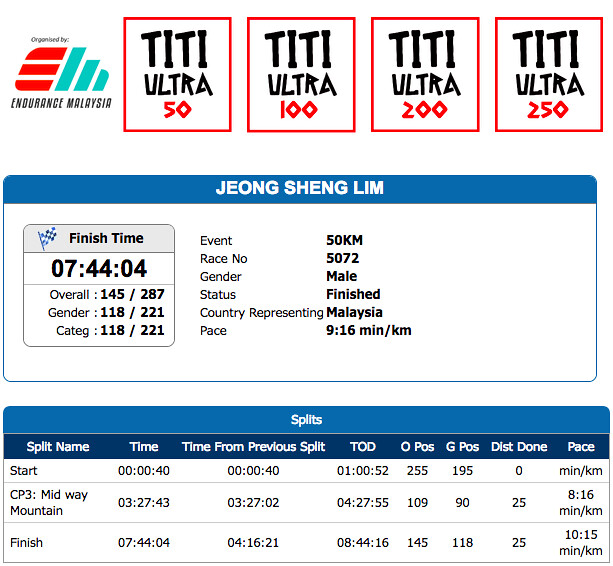 Quite satisfied with my result :)

As I know I lag of training, but I’m sure I can do it better if have proper training.

I have a thought to sign up 100KM, but luckily I didn’t. Because this time 50KM is my limit already, I was quite tired on this race. So I sign up for 100KM, I think I will DNF.

So if the foundation is not strong enough, better don’t go for something unachievable. Foundation is very important, get more training!