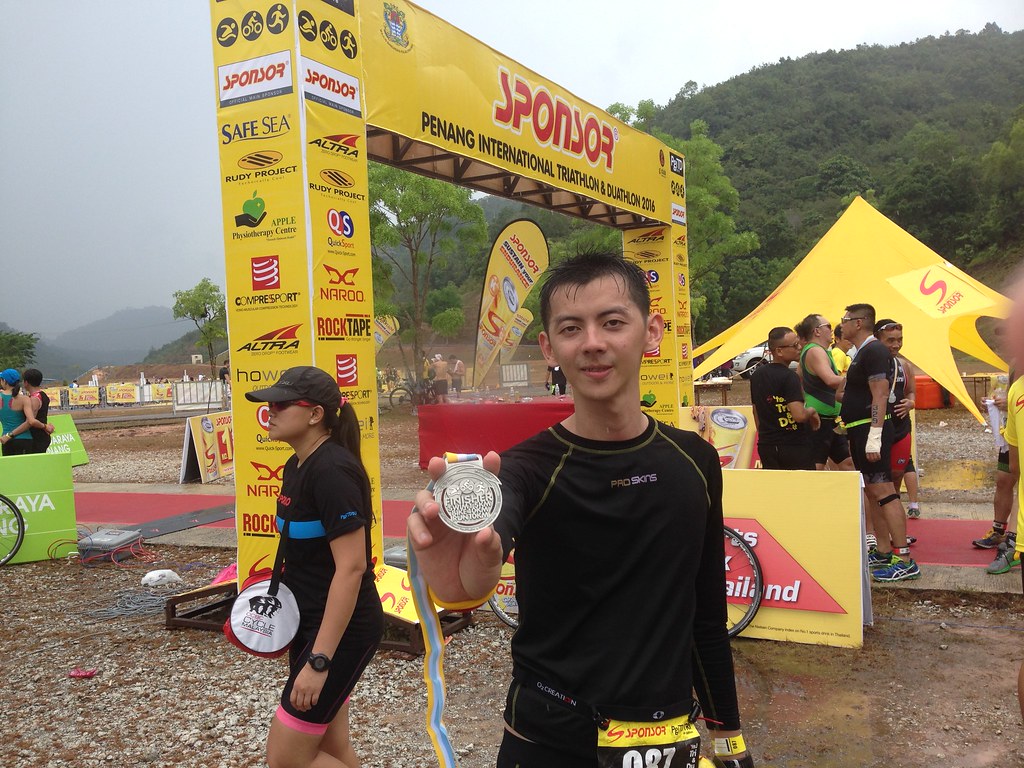 This is my 3rd time sign up triathlon race.

The first time was on 2015, Penang Triathlon 2015. That time I borrow a very old mountain bike (break system also not that good) from my uncle, borrow helmet from a friend. Is like, not well prepared and just go for it. Unfortunately, on the event day, after check in my bike, I fell down and get my ankle injured. At first, I insist go to the swimming side, and try to swim a while, but was too pain, so I give up the race. My first time to give up a race…

After rest for 6 months, I sign up Port Dickson Triathlon 2015. Thought this time I will complete, but too bad, that time was hazy, and I withdraw again.

On the same year I bought a road bike, and some necessary equipments, then sign up Penang Triathlon 2016. Then… 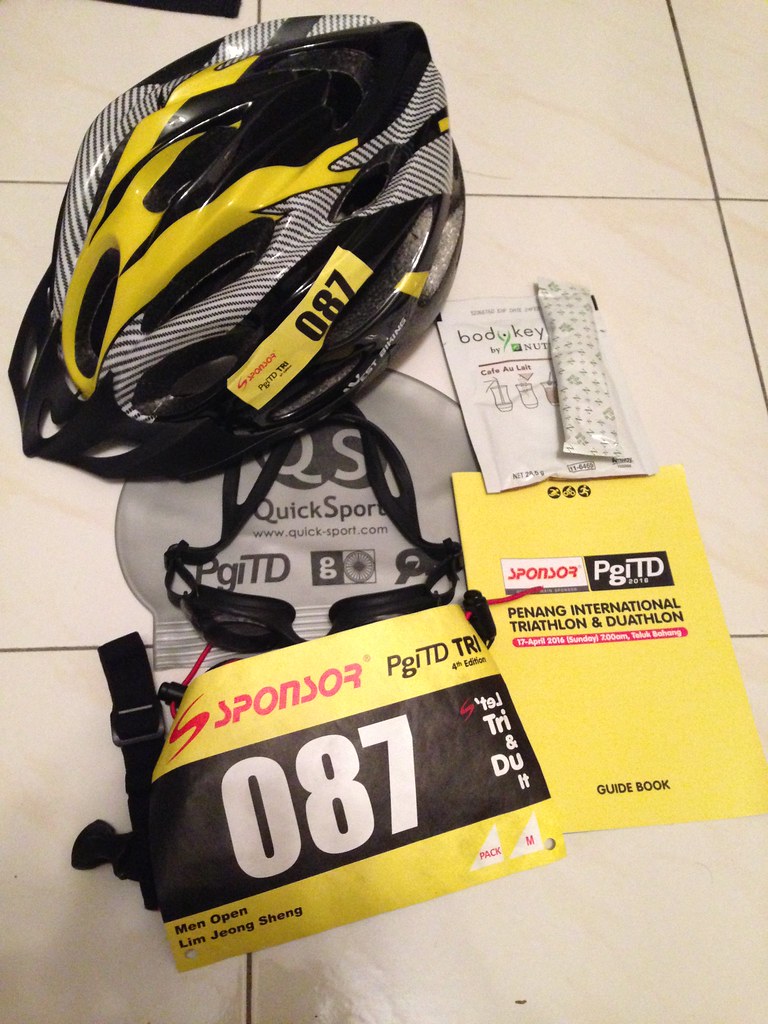 This time I came alone, stay on 1 of my relative house, in Sungai Ara. The event place is on another side of the island. So need to wake up early and go to the place.

First, of course check in the bike at the starting point. 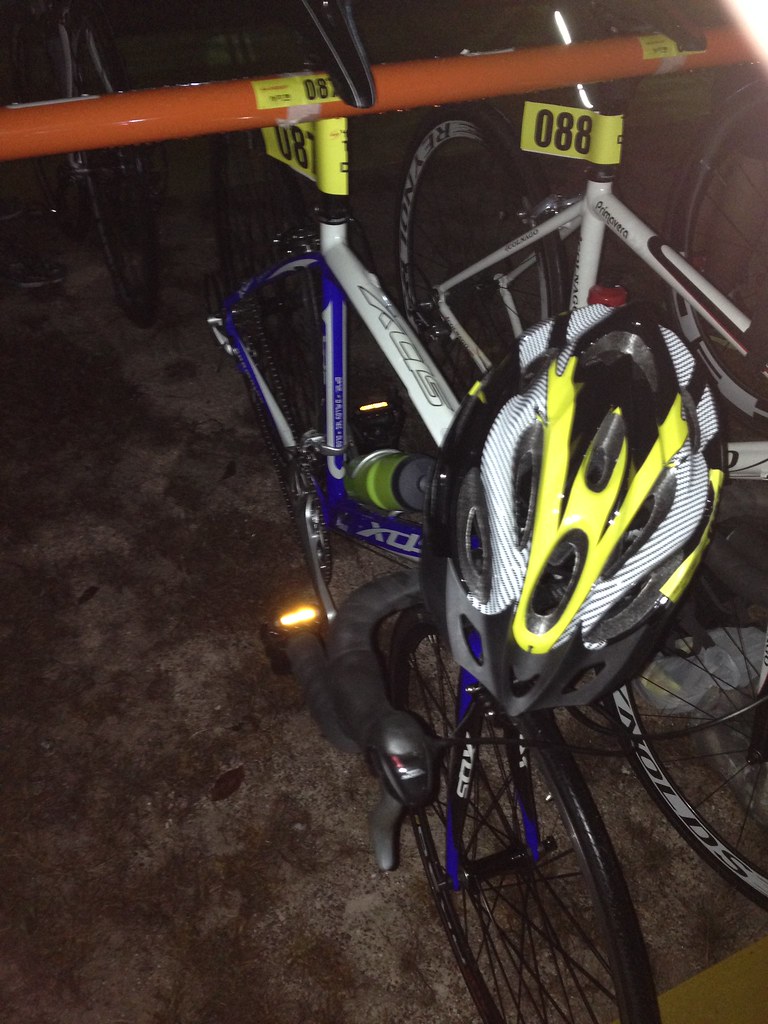 Then there is a shuttle bus to send all participants to the swimming area, I think around 2-3km. 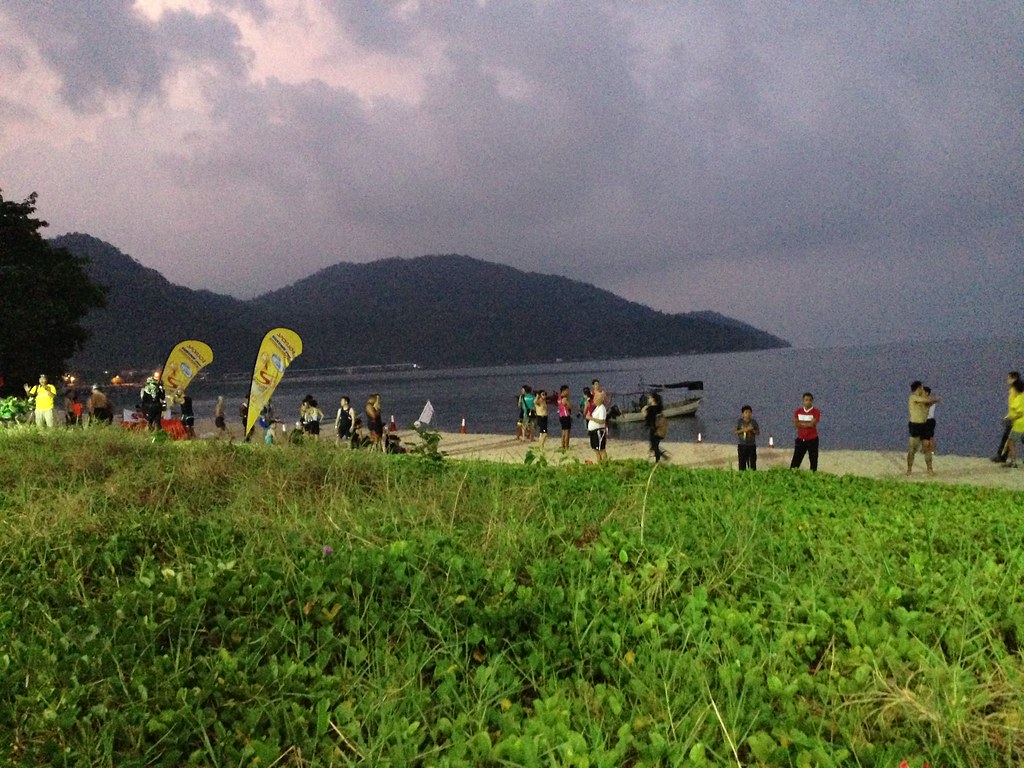 First time swimming in the sea, the key is to cool down, don’t get panic. Because when I started to run into the sea, I felt my Qi is not enough and used up easily. After a while, I keep calm and slow down, is getting better. Swimming part is 2 loops triangle, each ~750m far.

After swim, by right should be cycling section. But this is different, we have to run from the sea side to starting point, around 2-3km.

Then the hardest part is cycling (to me). May be is because of I not get used to cycling, some more the route has lots of uphill & downhill, but is a very awesome experience. I almost cramp at first 5km of cycling, then I get down and rest for a while, and continue… Total distance 40km, go 20km, then U-turn 20km. The challenging part is after U-turn, a long journey of uphill, but I don’t have cramp feeling anymore.

The final part is to run 10km. Although 10km is not long, but I walked a lot, instead of run. Met a new friend there and he walk/run together with me, so we finish almost the same time. 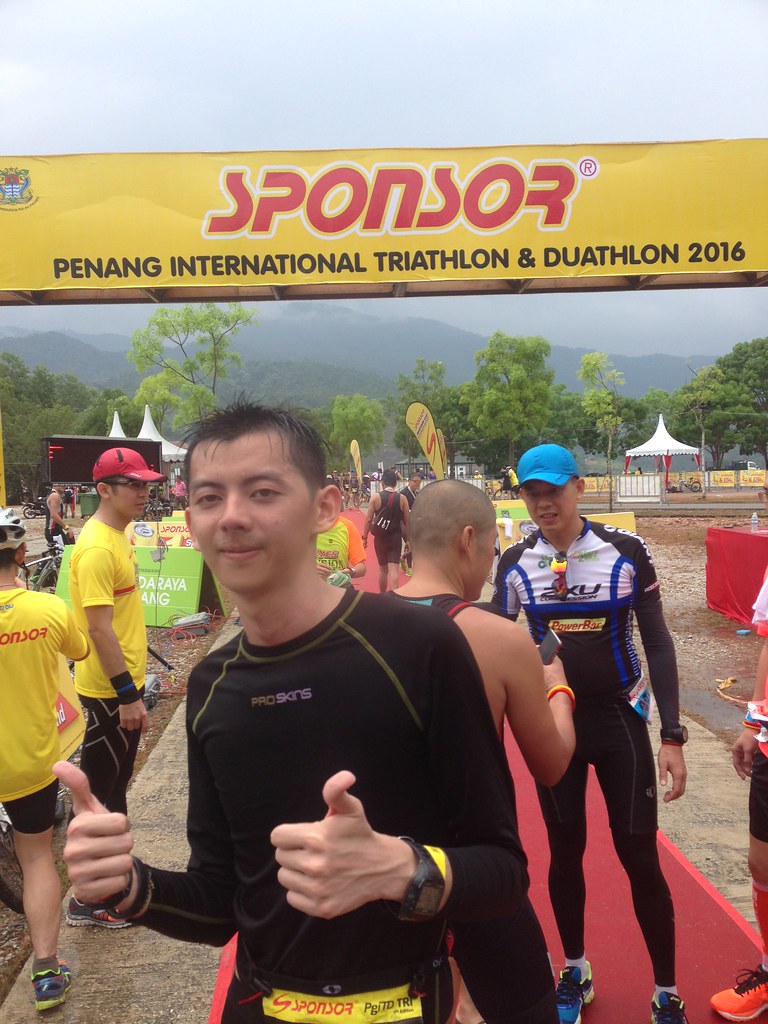 During my run, was heavy rain, that’s why whole body get wet.

First triathlon completed in almost 5 hours. To me, I’m satisfied with the timing, because I’ve no proper training for this, and still completed within the cut off time (5:30 hours). And compare with last year. 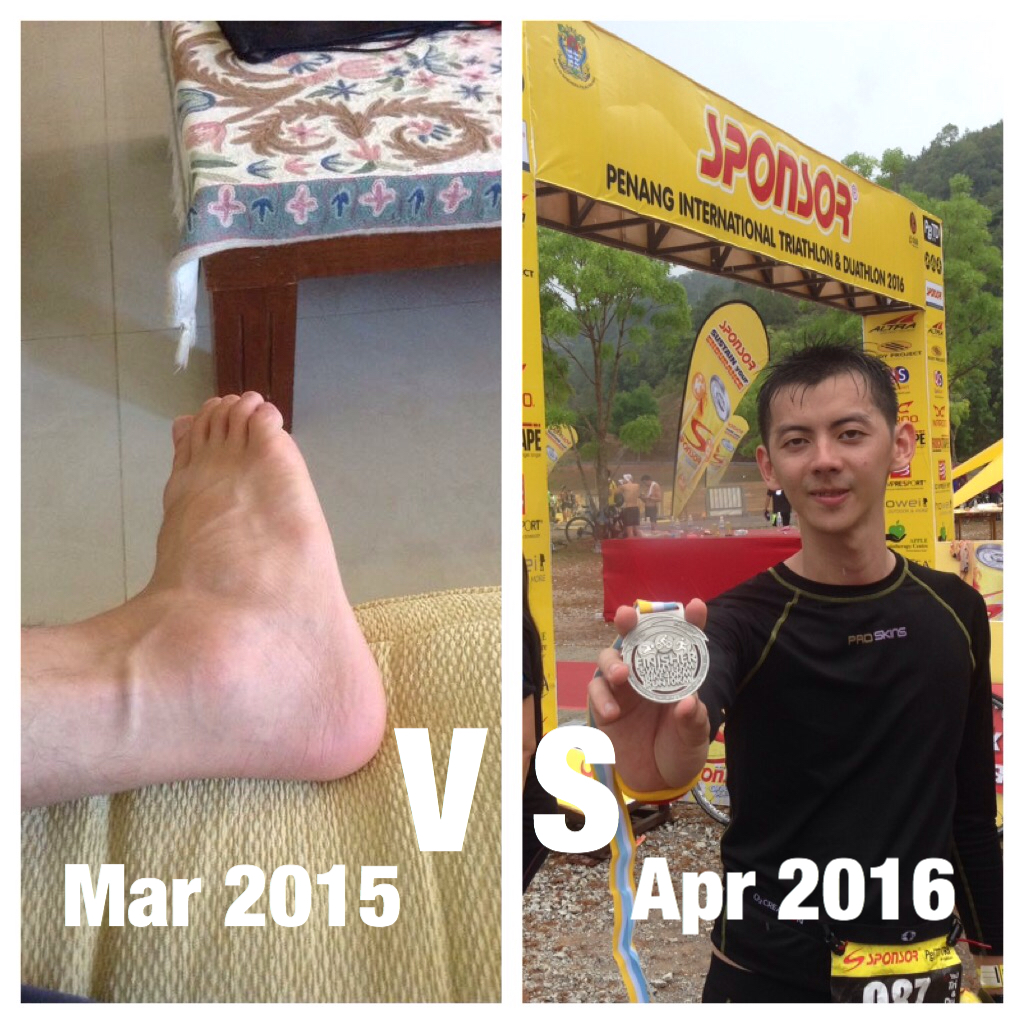 I already better than myself last year.